The State of Minnesota has adopted legislation for airports to implement height and land use regulations to minimize airport safety hazards and protect airport operations as described in Chapter 360 of the Minnesota Statutes. Included in the legislation was the implementation of Land Use Safety Zones A, B, and C. These land use safety zones were established to restrict incompatible land uses that may be hazardous to the operational safety of aircraft and to protect the property and safety of people on the ground near an airport.

In 2019, the Minnesota Legislature revised its Airport Land Use statute and the Minnesota Department of Transportation (MnDOT)-Aeronautics has created a process that allows communities to create custom Land Use Safety Zones that reflect the unique environment around each airport while ensuring that general prohibitions are taken to protect the safety of flight and the general public.

As a result, the Joint Airport Zoning Board (JAZB) has elected to establish and adopt a custom airport zoning ordinance for Duluth International Airport as defined by Minnesota Statute 360.0656. This allows the JAZB to tailor the zones to the local land uses adjoining the airport to reduce the economic penalty faced by landowners while ensuring compatibility between the surrounding community and Duluth International Airport. The JAZB is made up of members through the municipalities that will be affected by airport zoning that is the City of Duluth, City of Hermantown, City of Rice Lake, and Canosia Township. The proposed custom zones support the economic development vision for each of these communities and the zoning is consistent with how land around the airport has been developed since the last zoning ordinance went into effect in 1988.

The JAZB and Duluth Airport Authority hope to share information with all interested persons, elected and appointed officials, tenants, agencies, and surrounding communities and receive feedback.

It is important for the community to understand the issues associated with the pending zoning ordinance revision. Therefore, JAZB will hold a public hearing to ensure that an appropriate level of community engagement occurs. You will be able to provide written comments or verbal commentary at the public hearing during the public comment period, but you can also submit comments or discuss the matter with your JAZB representative in advance of the public hearing by email the JAZB at JAZB@duluthairport.com or contacting one of your local JAZB representatives:

A public hearing will be held on September 24, 2020 at 6 pm in the Amatuzio Conference Room at Duluth International Airport. It will also be held virtually on the Zoom Videoconferencing app. You can join us from home or on your mobile and watch the meeting live! The project team will be able to share their screens with you and have an open video chat to answer any questions you may have. Provisions will be made for accepting comments. The meeting can be accessed from this link. If prompted, provide the following passcode: 624611. During the public hearing will be taking multiple safety precautions including increased cleaning/disinfecting, masks, as well as social distancing.  Please do not hesitate to reach out if you have any questions or concerns.

What is an airport zoning ordinance?

Why is the Airport completing a zoning ordinance revision? What are the benefits of this ordinance?

What is custom zoning?

What are the boundaries of the area being affected?

Will this ordinance replace the existing zoning classification of property?

Will this ordinance involve modifying existing limitations such as height?

Does this ordinance include plans to construct or extend any runways at the airport?

How can I comment on the zoning ordinance revision? 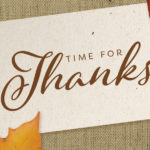